The Easter holidays have arrived! But alas, the lockdown has caused all those plans of going out and enjoying the sun to be dashed… 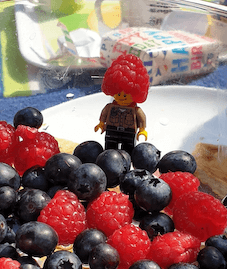 Well, I always like to make the best of a bad situation and one of the things that I’ve wanted to do for a long time is to try camping in the garden.

There’s no reason why we can’t bring that camping feeling home, so that’s what we decided to do!

So this was the closest we were going to get to a family camp with all six of us.

As I said at the beginning – my idea was to camp in the garden, but even that was too much for my dear wife, so we had to compromise and camp in the house… 🤷🏽‍♂️

We started our house camp in the evening by setting out our sleeping bags and making the room look ‘campy’. 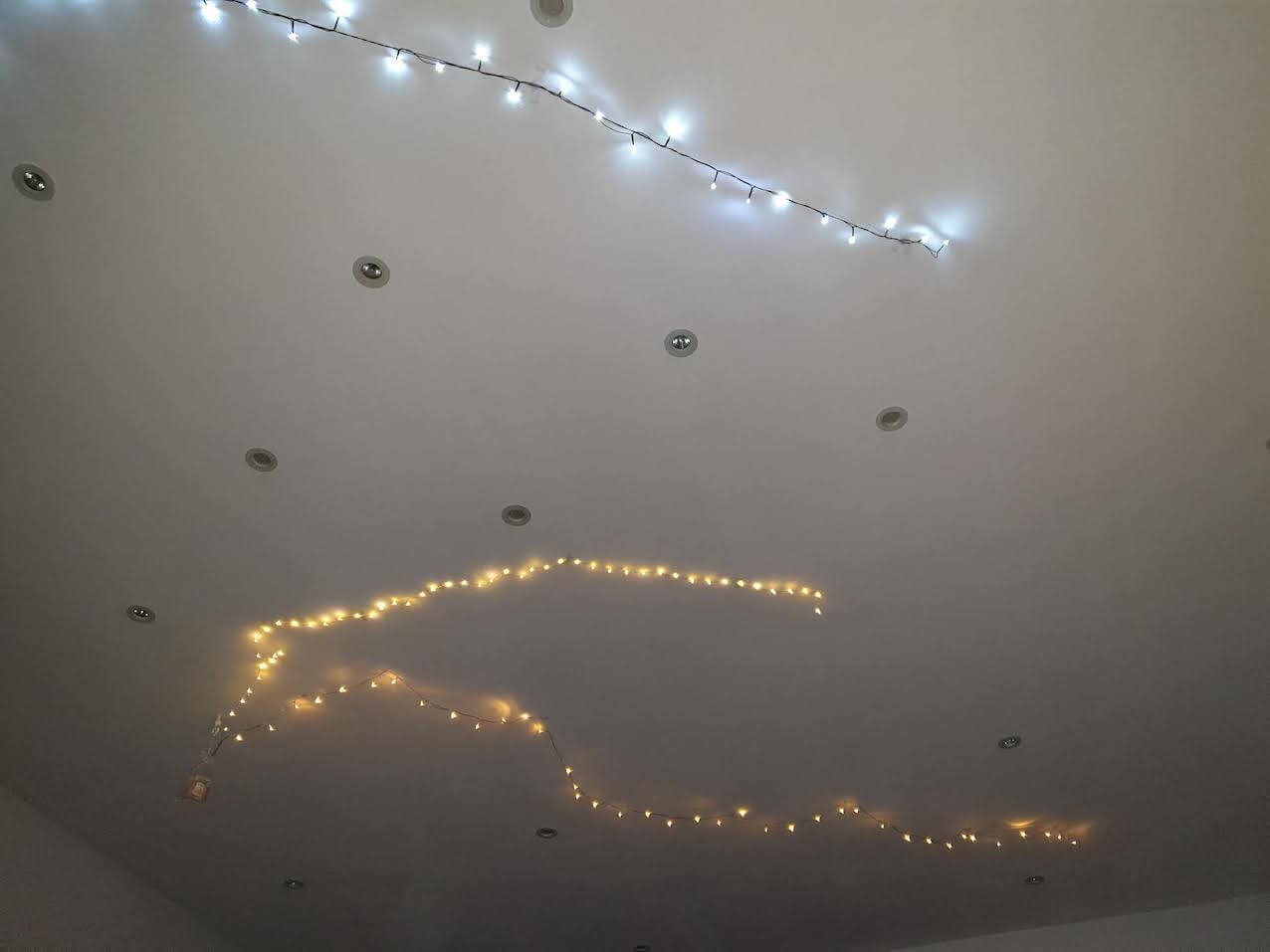 We even tried to recreate a starry night sky… but I’m not sure that worked too well.

We had an evening of entertainment, watching a movie before setting out to do the time-honoured camping tradition of making s’mores over the camp fire… or rather over the cooker…in the kitchen…

They actually turned out pretty amazing – we used a cast iron skillet to make these. 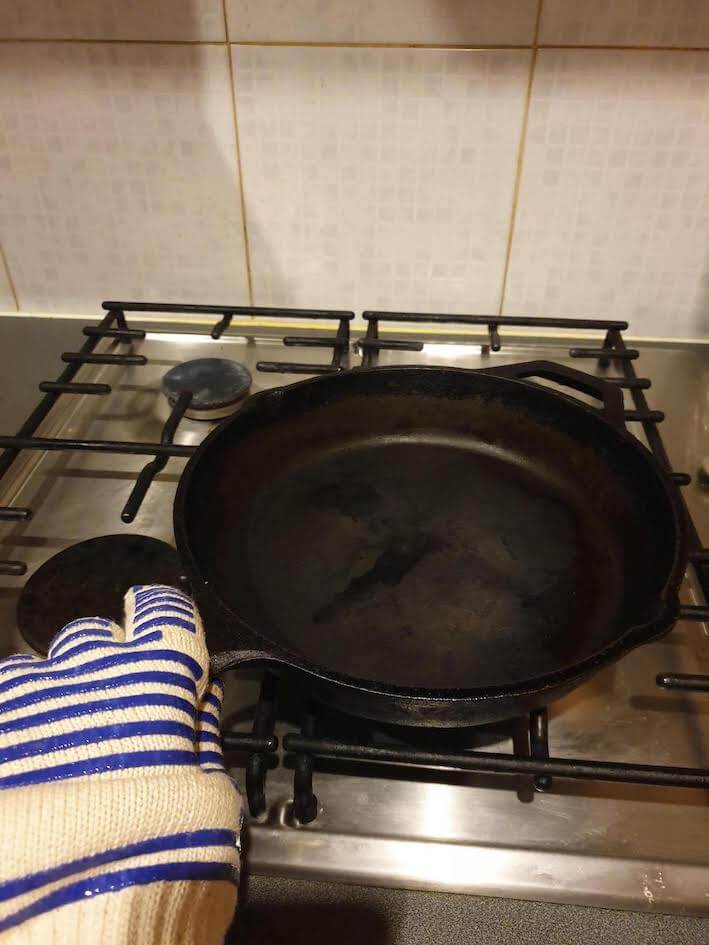 The cast iron skillet is a fantastic versatile frypan that can be used to cook virtually anything – once life goes back to normal, it can be taken to camp too and can be used to cook things on an open fire without having to worry about plastic handles…

Cast iron dishes are much more healthy than dishes made of other materials such as aluminium, which can lead to toxicity getting into the food.

A chocolate bar was broken into pieces and placed in the skillet with marshmallows being placed on top. 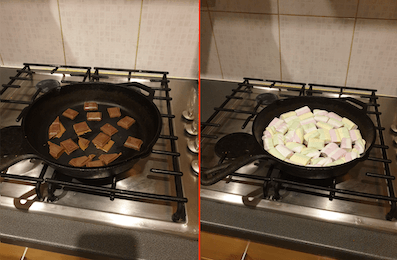 The skillet was then placed in the oven for about five minutes and then under the grill for about one minute until the marshmallows took on a toasted, golden colour… the result – a lovely, gooey, mass of beautiful looking s’morey substance! 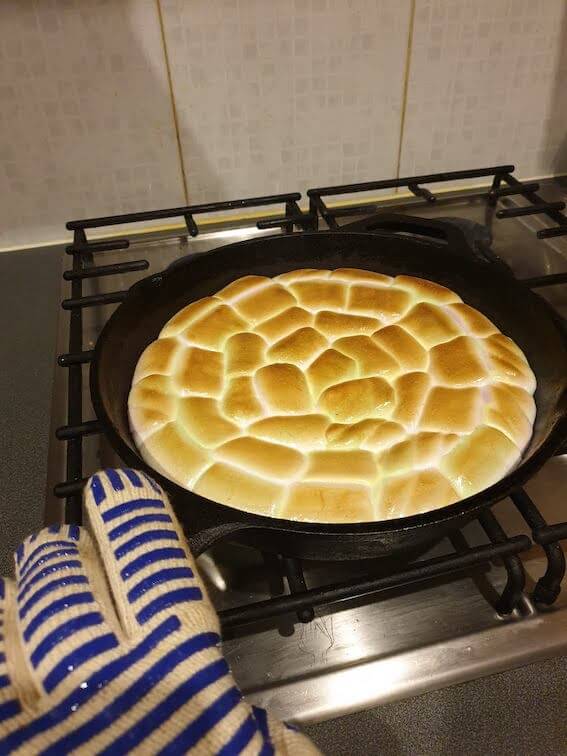 We then dipped rich tea biscuits into the marshmallow mass to complete our home version of s’mores – fantastic! 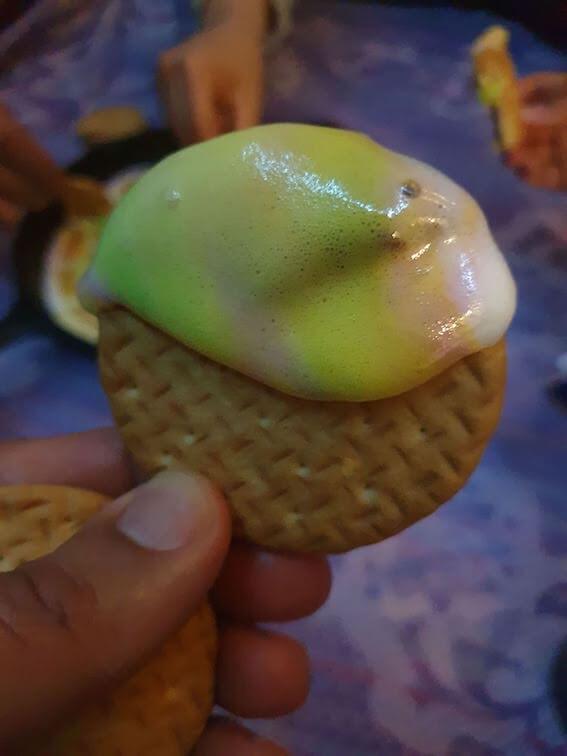 Skillets are a great investment and they last forever – you can get a set of four, along with silicone hot handle holders at Amazon.

Retiring For The Night 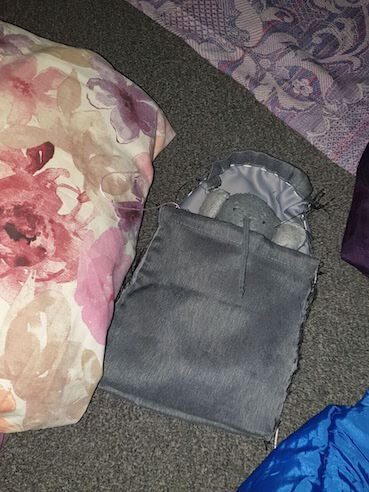 Having set out the sleeping bags, we said our goodnights and went to sleep.

Or rather we tried to… the older kids, decided they wanted some more entertainment and promptly wandered off to the sitting room to watch some more TV.

Eventually they came back and went to sleep… er, well, not quite – as always on the first night of camp, there was a lot of tossing and turning and fidgeting and well, you get the picture… 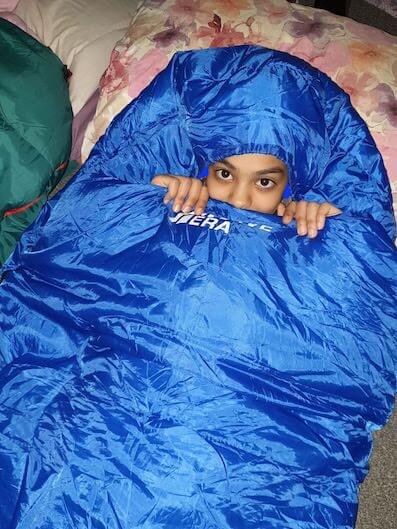 At camp, you want to make an early start and get breakfast going – so that you can maximize the rest of the day… 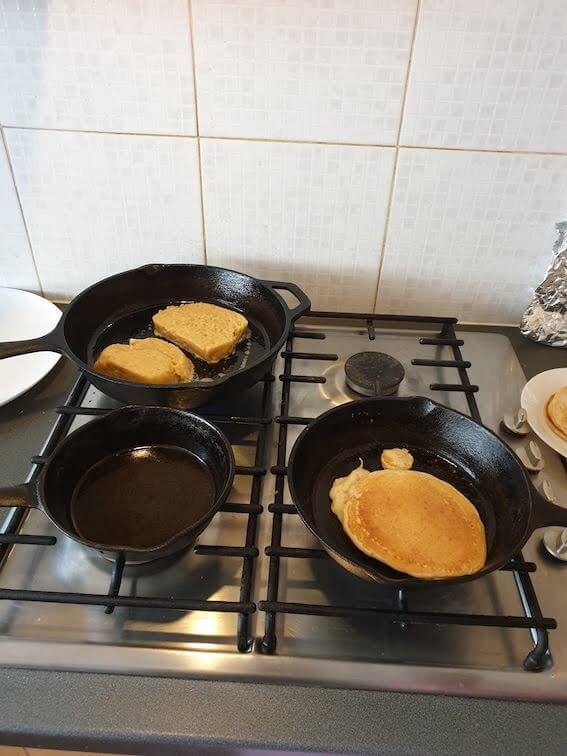 Well, that wasn’t going to happen with a bunch of teenagers at ‘home camp’.

So breakfast preparation started at 10.30 – eggy bread and pancakes, using our trusty skillets and this time we did venture out into the garden to eat. 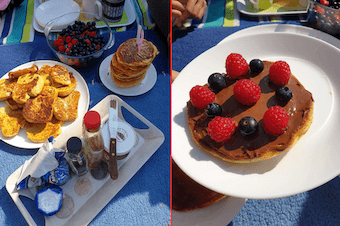 No camp is complete without some form of games.

There are so many card/board games that can be taken to camp and that are equally fun to play at home.

Have a look at this post on Fun Games To Play At Home And At Camp.

There’s a great board game we discovered a while back, called CODENAMES – real fun, you can read my post about it here Fun Family Board Games – Codenames.

Card/board games are a really good way to spend time with your loved ones – they allow a type of interaction that other forms of entertainment, such as watching a movie, can’t quite give you.

You can’t have a camp without a campfire.

Well, the closest we were going to get to a campfire in the garden was a BBQ – close enough…

Having a BBQ in the garden is a great way to bring that camping feeling home, and getting the taste of that open fire cooked food!

Everything was set – the chicken had been marinated, the charcoal was ready and then… it started to rain…

Well, you know as they say – the best-laid plans…

So we cooked the food in the oven… nevertheless, it was delicious.

Not To Be Undone

I really wanted that camp-fire feeling, so we decided to have a go at the BBQ a few days later when the sun came out again and… 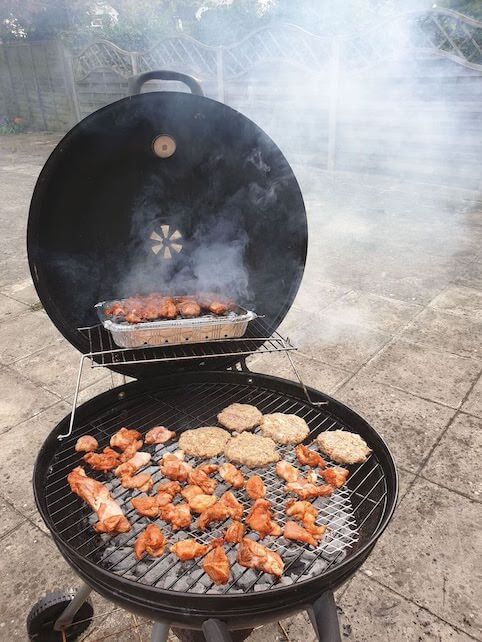 Well, what can I say – you can’t beat campfire food and, to be honest, BBQ food is just as good!

You can find a great range of BBQs at Go Outdoors.

I would recommend the Weber Smokey Joe Premium Charcoal BBQ Grill – it’s a more compact version of the one shown above that I’ve had for many years, and is easy to move and store.

You can read my review of the Weber Smokey Joe Premium Charcoal BBQ Grill here.

There are so many ways that you can bring the camping feeling home.

It’s important we obey the social distancing rules in these difficult times – and that means staying home and staying safe.

Obviously, there are those on the front-line, who have to go out and who are risking their health and lives for the rest of us and we salute and thank them.

For the rest of us, staying at home doesn’t have to be boring… we just have to think outside the box.