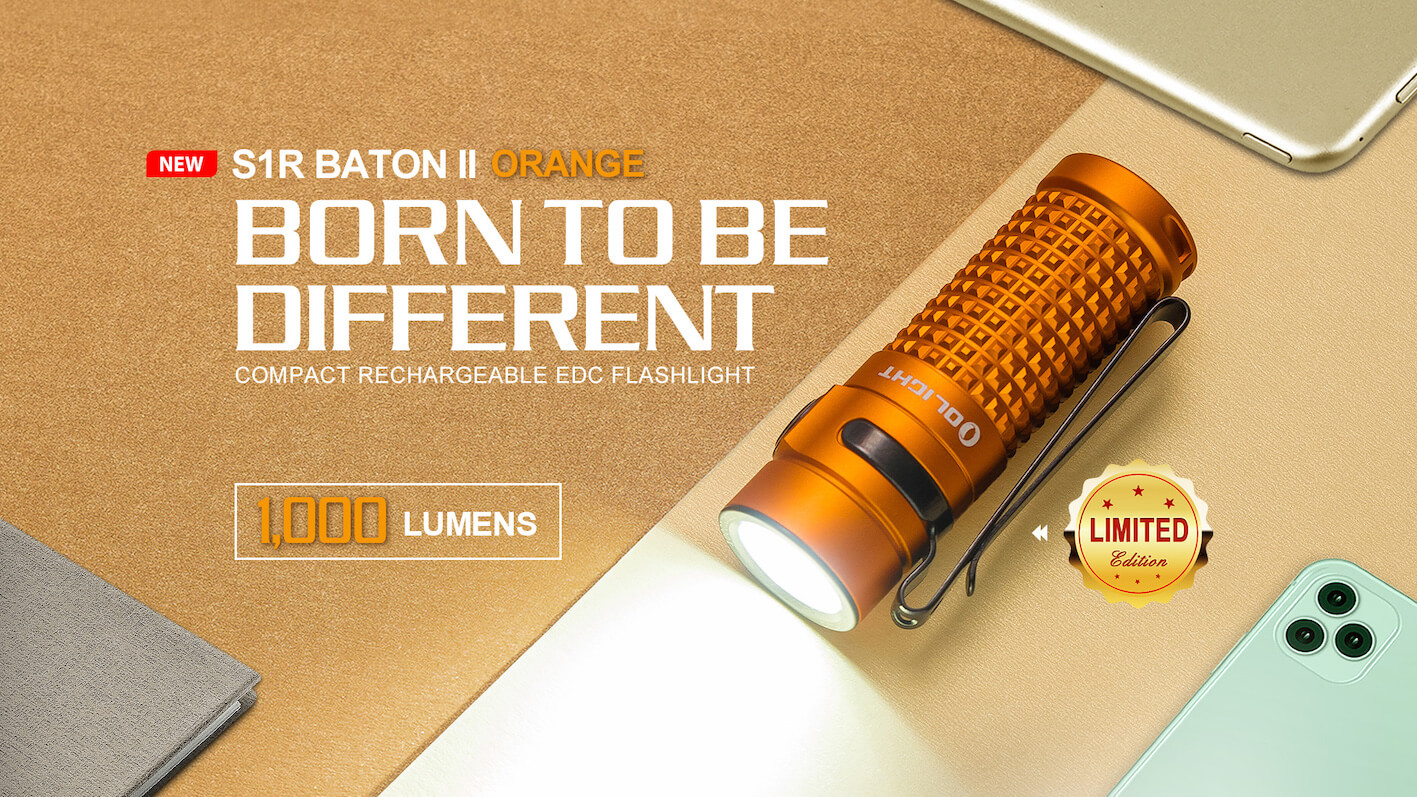 Often bigger is better, but some things are better in small sizes… and the Olight S1R Baton II is one of those things…

Packing a whopping 1000 lumens into a length of less than 6.5cm – this little torch really packs a punch!

Here’s a detailed look at it to see if it’s worth investing in this mini power house.

The S1R Baton II comes with a high performance CW LED and is powered by a single IMR16340 battery with a maximum output of 1000 lumens.

It’s very light – weighing in at only 51g and very small, with a total length of just over 6cm.

Level 1 will run at 1000 lumens for 1 minute and 30 seconds before dropping down to 300 lumens with an additional run time of 37 minutes – this is to prevent the LED from overheating.

Level 2 will run at 600 lumens for 1 minute and 30 seconds before dropping down to 300 lumens with an additional run time of 45 minutes. 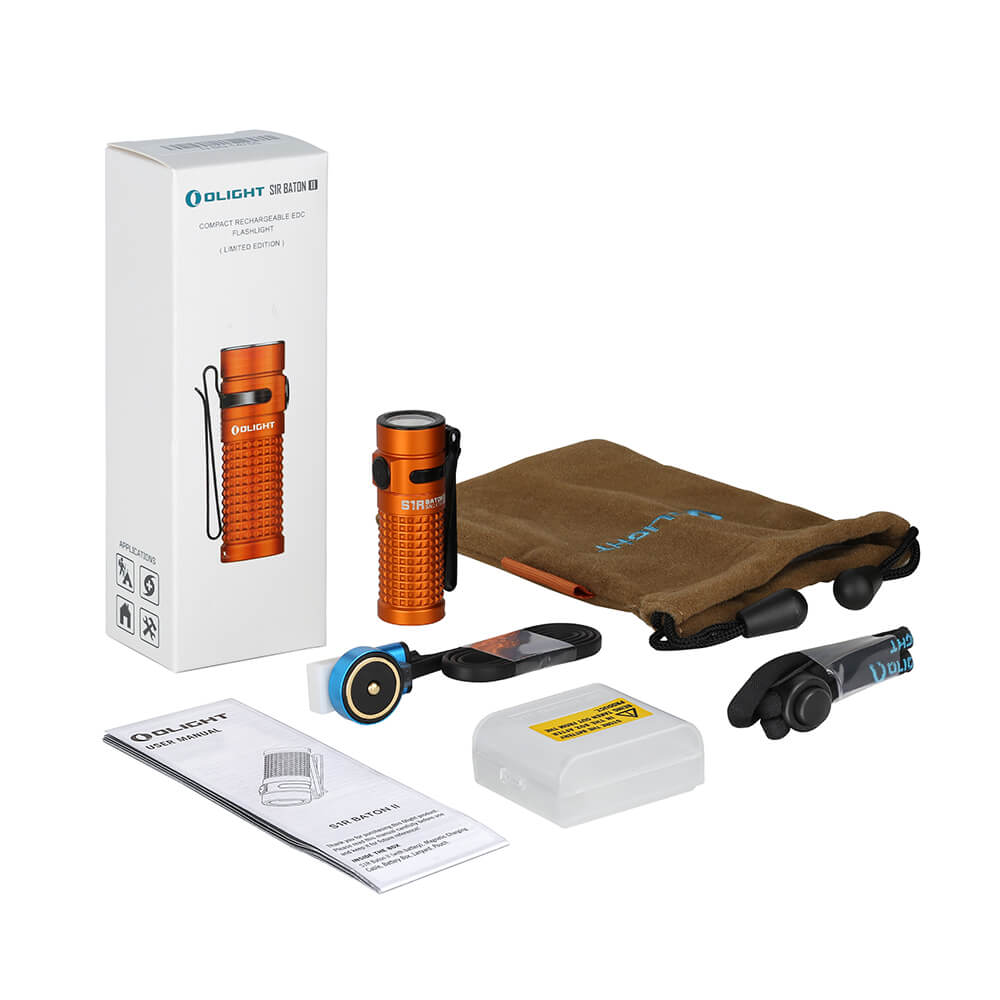 The S1R Baton II has a TIR optic lens (which is used on a number of other Olight torches, including the H2R Nova) – Olight say that this lens gives a balanced hotspot and produces a soft beam profile transition that maintains comfortable vision during prolonged use.

I found the light to be very even and uniform – giving a well-balanced beam into the distance, while also giving a good area of light close up without any harsh transition areas.

Charging occurs via the magnetic charging cable – the magnet easily attracts the charging base and can be done one handed.

The Olight magnetic charging cable is used on a few of Olight’s torches and is a really neat and easy way to charge the torch.

The cable has a standard USB on the other end that can be used with any USB plug or portable battery.

The magnetic pad on the cable has a charging light next to it that lights up red when charging and green once fully charged.

The magnetic charging base of the Olight torches that have them are useful in other ways than just the charging function.

The magnet is very strong and allows the torch to attach to any metal surface firmly – this is an extremely useful feature with a multitude of potential uses, such as attaching it to the inside of a car bonnet while working on the engine. 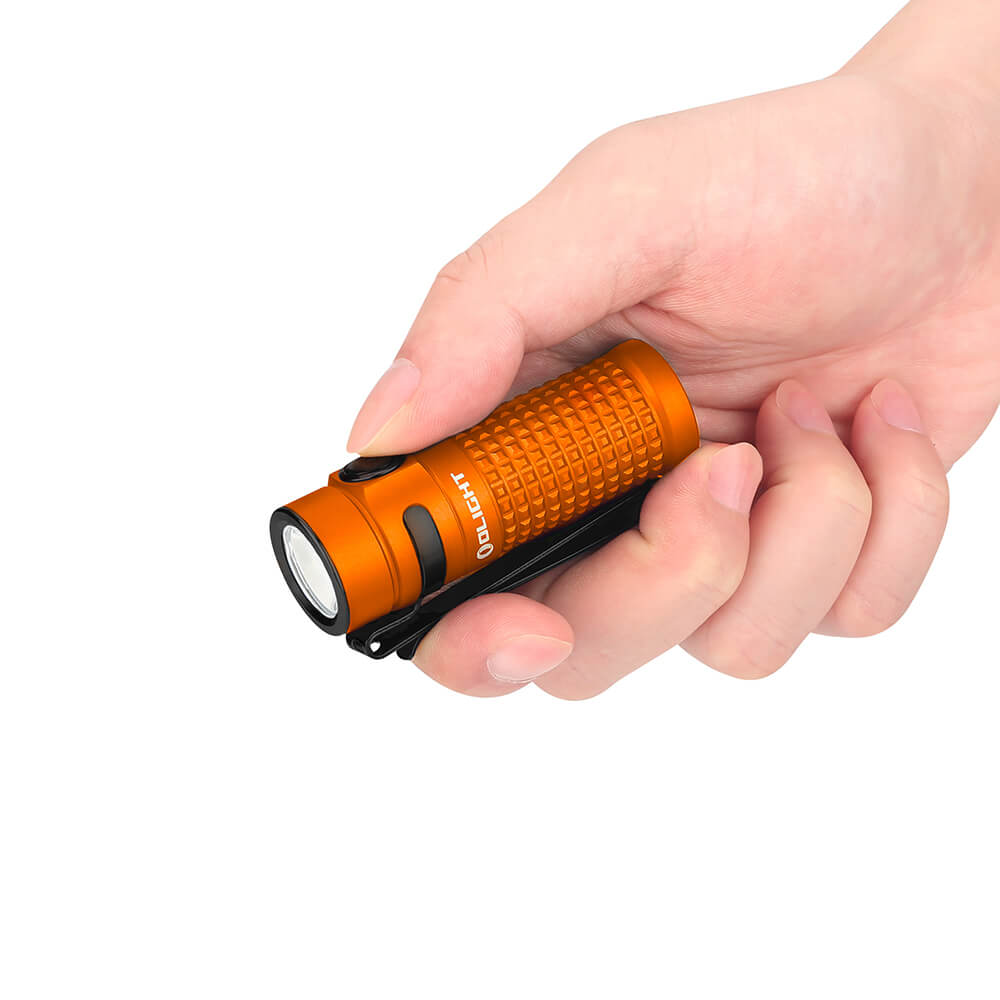 The power button is located on the side of the torch and is slightly raised, making it very easy to locate – even in the dark.

Level 5 (0.5 lumens, moonlight mode) is achieved by holding down the power button for one second, while the torch is off.

There is also a strobe mode which can be triggered by triple tapping the power button.

The torch can also be locked by holding down the power button, while the torch is off, for a few seconds – hold it down again to unlock. This is a very useful feature and prevents accidental powering on while the torch is in your bag, for example.

The S1R has a detachable dual-sided metal clip for attachment to a rucksack or garments.

Because the torch is so light, it can be attached to a baseball camp to use as a head torch!

The dual-sided clip adds to the versatility, enabling the torch to be attached to things in either direction.

The body of the torch has a texturised body pattern, this gives a very firm grip – even if your hands are wet, you won’t find the torch slipping. 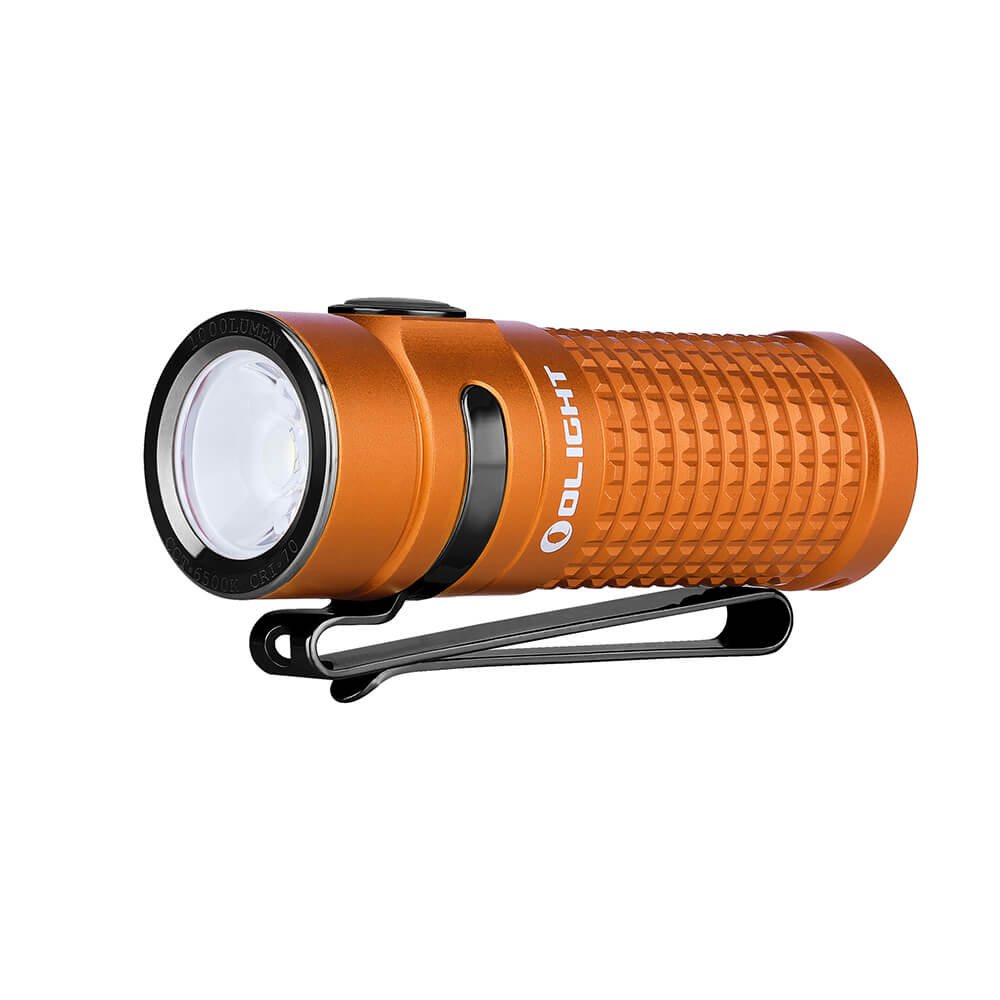 The S1R Baton II is a fantastic little power house of a torch.

It’s small and light enough to carry in your pocket without really noticing it’s there and yet powerful enough to be of real practical use when needed.

It also has features you’d normally only find on a bigger torch – such as an IPX8 waterproof rating, a 1.5m drop rating and of course the 1000 lumens maximum output.

There are a couple of features that let it down slightly…

The first, and this is the case with many Olight torches, is the power source… you can only use the custom Olight battery with it – this reduces the practicality, in terms of being able to use other generic batteries as spares and backups.

The second being the magnetic charging function, which is unique and innovative – however, it limits the charging options – as you can’t use standard USB cables to charge the torch and means that you have to carry the charging cable with you.

The magnetic charging function is a bit of a divider among Olight torch uses – some love it and others don’t, for the reason stated above… personally I like it – I don’t mind having to carry an extra, little cable to gain the benefit of this charging method.

A future solution maybe to have a standard USB-C charging port on the torch as a backup method of charging – that way, you would get the best of both worlds… However this would possibly adversely affect the waterproofness of the torch as there would then be port that would need to be properly covered and sealed when subjected to water… unless the USB-C charging port was on the battery itself?… food for thought.

But all in all this is a really good mini torch that can be just kept on your keychain or in your pocket and forgotten about until you’re in need of light – at which time you won’t be stranded in the dark.

The Olight S1R Baton II is available from Olight UK.