The Olight Baton 3 is an upgrade to the very popular S1R Baton II.

Let’s have a look at it in more detail to see if this is actually the case.

The Olight Baton 3 comes with a High Performance Cool White LED and is powered by a single Customized 550mAh 3.7V IMR16340 Rechargeable Battery with a maximum output of 1200 lumens.

Weighing a mere 53g and with a total length of just over 6cm – you won’t even notice it in your pocket.

Charging occurs via the unique wireless charging case that will give an extra 3.7 charges. It can also be charged via the tail cap using the magnetic charging cable that is used on the majority of Olight’s torches, although this charging cable isn’t provided with the torch. 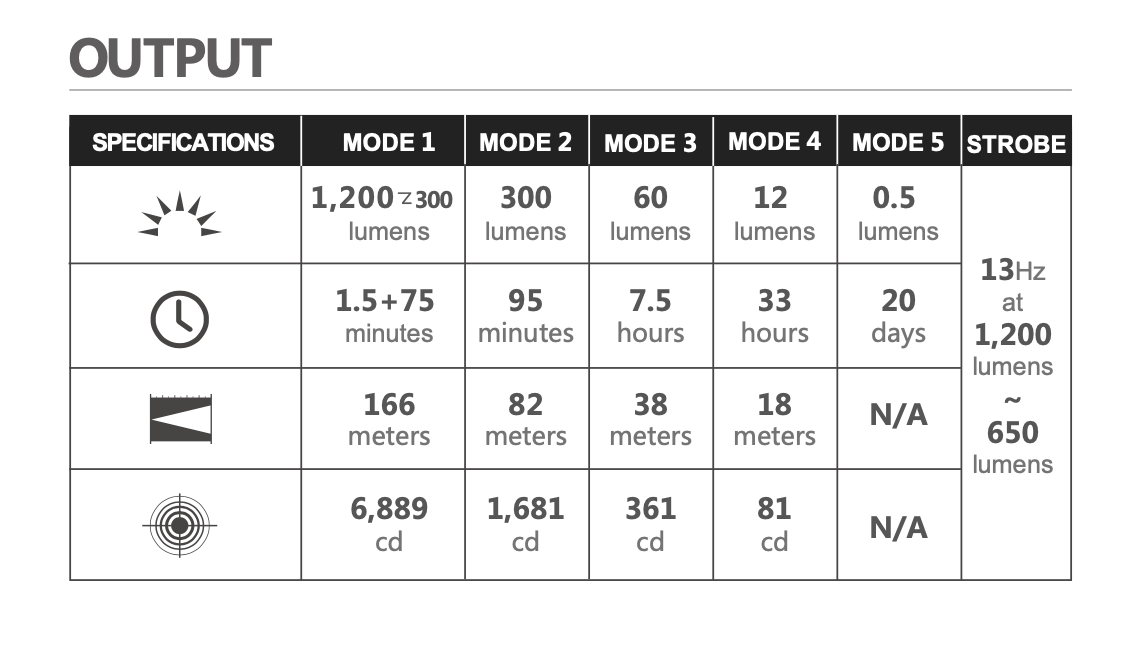 Level 1 will run at 1200 lumens for 1 minute and 30 seconds before dropping down to 300 lumens with an additional run time of 75 minutes – this is to prevent the LED from overheating. 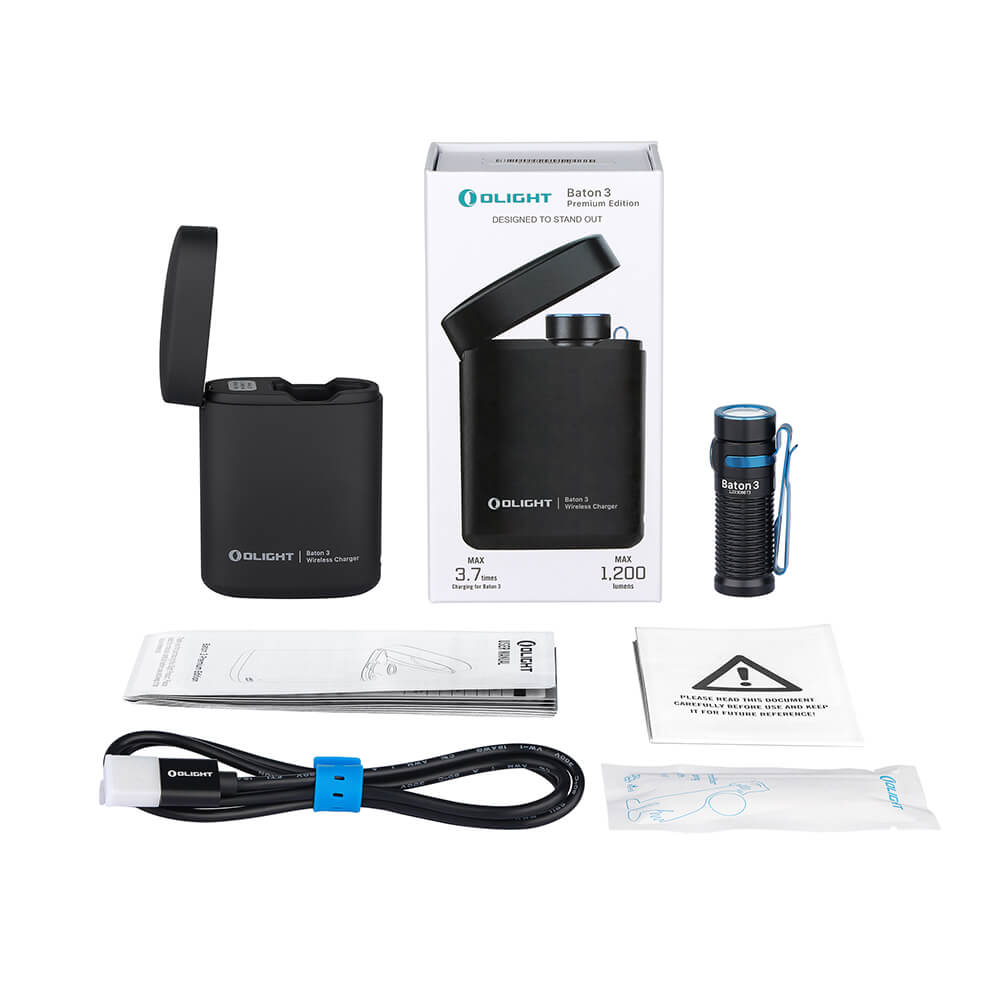 The Baton 3 features a high performance LED and TIR lens – the TIR optic lens is utilised on a number of Olight torches. 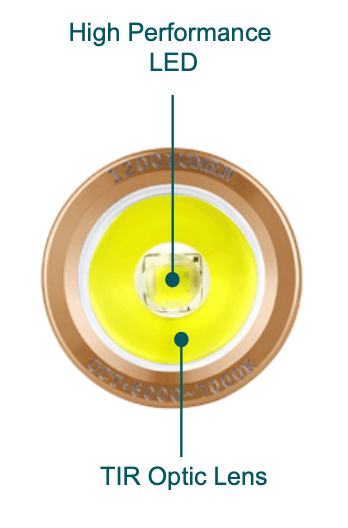 As with all the Olight torches that I have tested, I found the beam to be of excellent quality – providing a superbly balanced beam into the distance and an excellent area of light close up with no harsh transition areas.

The Baton 3 premium comes with a tailor-made charging case that includes a built-in 3500mAh 18650 battery, allowing you to fully charge the Baton 3 up to 3.7 times wirelessly.

As mentioned above, it can also be charged via the tail cap using the magnetic charging cable that is used on the majority of Olight’s torches, although this charging cable isn’t provided with the torch. 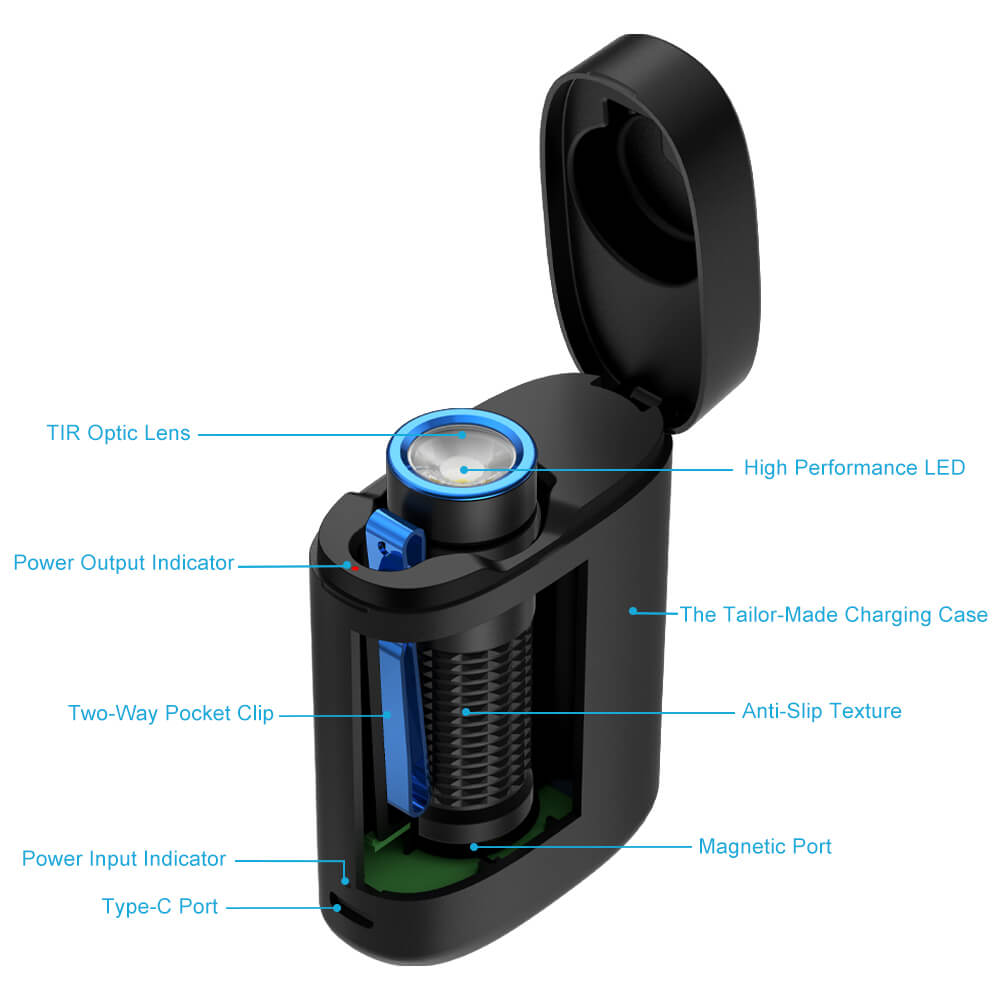 The charging case is charged via a standard type-C USB charging cable. 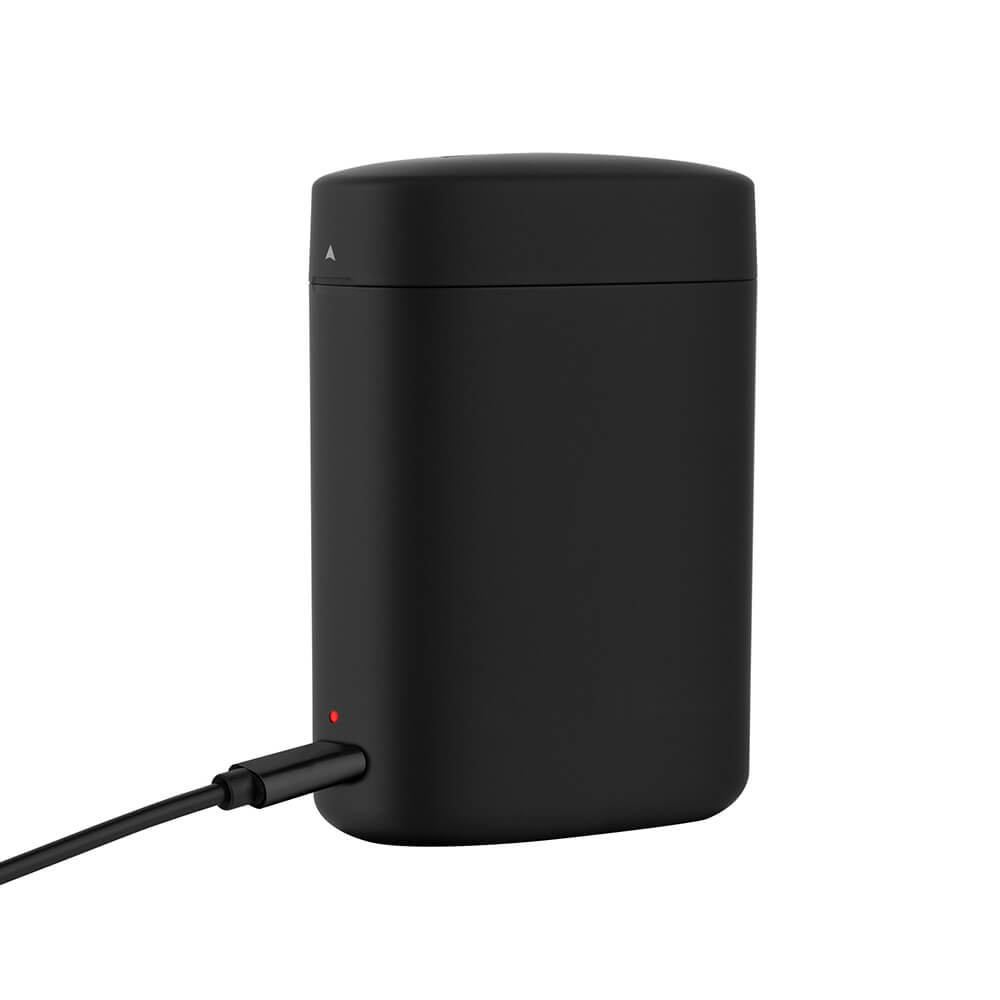 The external indicator above the the type-C port of the wireless charger will light up red to indicate charging and turn green to indicate that charging is complete.

Charging The Baton 3 With The Wireless Charger

The power output indicator (shown in the diagram above) of the wireless charger will light up red to indicate charging and turn green for 10 seconds to indicate that charging is complete before turning off.

Another useful feature is that the when the wireless charger is closed with a powered on Baton 3 inside, it will automatically shut down the torch – this prevents battery drainage, but more importantly stops overheating.

This feature will not work if you are using the charger to charge a S1R Baton II.

The Baton 3 has a magnetic charging base that allows it to easily snap into place in the charger.

The magnetic base can also be used to attach the torch to a metal surface – a very useful feature with many potential uses. 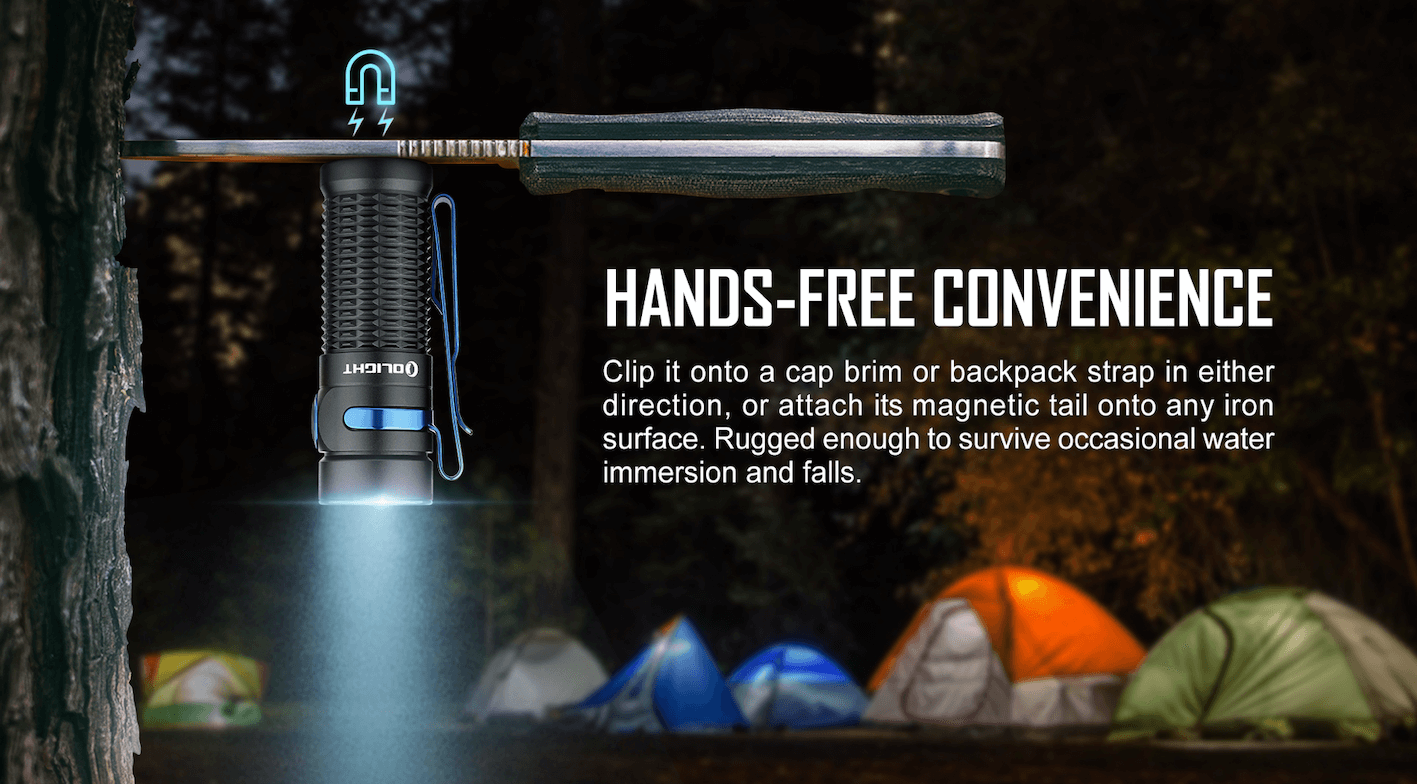 The power button is located on the side of the torch and is slightly raised, making it very easy to locate – even in the dark. 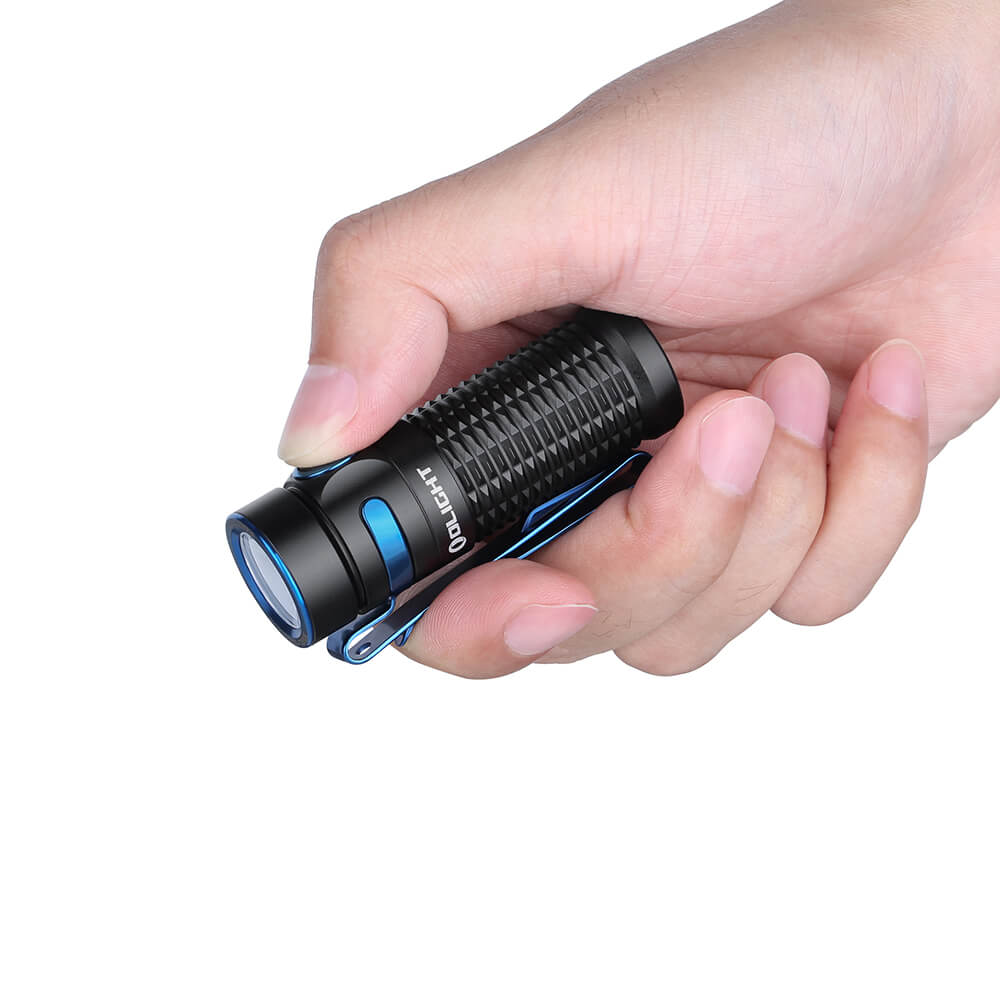 Level 5 (0.5 lumens, moonlight mode) is achieved by holding down the power button for one second, while the torch is off.

There is also a strobe mode which can be triggered by triple tapping the power button.

There is a battery level indicator located on the power button, which lights up when the torch is powered on as follows:

The torch can also be locked by holding down the power button, while the torch is off, for a few seconds – hold it down again to unlock. This is a very useful feature and prevents accidental powering on while the torch is in your bag, for example.

The Baton 3 also features a timer that will automatically power it down after a certain length of time – this can be set for either 3 minutes or 9 minutes.

To activate this, double click and hold the side switch while the torch is on – a single blink accesses the 3 minute timer. Then if you repeat the process, a double blink will occur which accesses the 9 minute timer.

The Baton 3 has a detachable dual-sided metal clip for attachment to a rucksack or garments.

Because the torch is so light, it can be attached to a baseball camp to use as a head torch!

The dual-sided clip adds to the versatility, enabling the torch to be attached to things in either direction.

The body of the torch features a new anti-slip body texture providing a very firm grip – even if your hands are wet, you won’t find the torch slipping.

The S1R Baton II was a really good, compact EDC torch… but its relatively short run time made it a bit impractical.

The Baton 3 premium solves this problem, thanks to the wireless portable charging case… this has transformed this good little torch into a great practical torch that you can realistically rely on for the whole night.

Even with the charging case – it’s small and light enough to carry in your pocket and yet has features you’d normally only find in a bigger torch – such as an IPX8 waterproof rating, a 1.5m drop rating and of course the 1200 lumens maximum output.

Carrying the torch by itself without the portable charger is also an option if, for example, you’re just popping out for a quick predawn hike… it’s even small and light enough to keep attached to your keychain and then forgotten about until you’re in need of light – at which time you won’t be stranded in the dark… and then if you did plan a longer outdoor night-time activity, you could take the charger with you.

But apart from that, there is very little to criticise this great little torch about… all in all – a fantastic upgrade to the S1R and a highly recommended EDC torch.

The Olight Baton 3 is available from Olight UK.

error: Content is protected !!
We use cookies to ensure that we give you the best experience on our website. If you continue to use this site we will assume that you are happy with it.OkPrivacy policy